Proud Devonian Nick Cain shares his experiences of rural Devon from the 1950s to the present day... 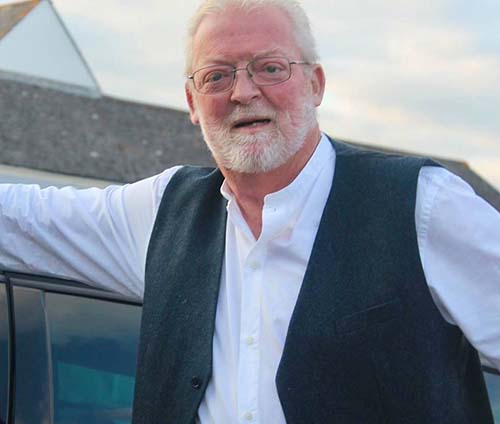 I may be biased, but in my opinion there is no more beautiful county in Great Britain than Devon. It has amazing beaches, rolling, red-soiled countryside, wild moors and vibrant cities and towns.

I was born and brought up in the small village of Ide, just to the west of our capital city, Exeter. I now live in Alphington, about two miles away and although I have travelled extensively around the U.K., Europe and farther afield, I am never happier than when I am in my home county. Life in the 1950s was much different than it is now. There was no internet, no T.V. till I was about 10, few cars on the road, (certainly in Ide anyway!), but I remember how time seemed to fly. We all went to the local school, which also took children from such far away places as Longdown, Whitestone, and Doddiscombleigh. All places you can reach in minutes by car now, but at that time, they might as well have been on the moon.

We spent all our summers outdoors, helping on the local farms in Ide, with the harvest. First the hay harvest, where we could barely lift the bales to stack them on the trailers for transportation to the farm for storage. Then the highlight: the barley harvest, with the combine harvester stripping the grain into sacks of about 56lbs weight, and the baler following up behind a few days later, baling up the straw ready for bedding for the animals in winter. We used to work all the six weeks of our summer holidays if we could. At the end of the harvest all of us boys gathered in the farm yard, where the farmer would solemnly dole out five shillings (25p) to each of us. Not a lot for six weeks work but we thought we were millionaires, Sherbet dabs (2 pence) Blackjack chews (4 for a penny) and on and on. Remember there were 240p to the pound in those days before decimalisation in 1974. It always seemed that the sun shone all the time when we were young. Just another thing Devon had to offer!!

The highlight of the year was the coach trip from the Railway Inn (now the Poachers) to Goodrington sands near Paignton. Almost the whole village used to go, just to enjoy the change of scenery and the sea air. I seem to remember the mums packed picnics, which became communal and the dads made sure that there were crates of beer and, of course, cider, carefully stowed in the coach. I think we always got lemonade though!

As I got older, I went through grammar school, (not very successfully) and then did a few odd jobs, until my big break came and I became a bus conductor on the Corporation buses. It was there I met my wife-to-be. I was nonchalantly swinging my ticket machine around on the platform at the back of the bus, and she was going off to school!! The problem was she came from the other side of the river to me and normally everybody stayed on their own side. Luckily I managed to persuade her to cross the great divide, and we later married. We have been lucky enough to have two sons, both of whom live in Exeter. We now have grandsons, granddaughters, and even a great grandson. We showed our boys all the sights of Devon as we all grew together and I think that if asked they would tell you that there is no better place to live as well.

Now as I approach my seventieth year, I count myself very lucky both to have a great family, living in a great part of the world.